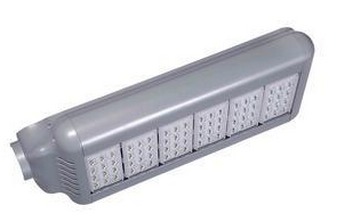 The European Union has recently issued the "Newest Energy Efficiency Regulations for LED Lighting Products." Starting September 1, LED lighting products exported to Europe must meet the requirements of the new energy efficiency standards, and gradually increase the energy efficiency standards for LED lighting products in three phases in the next three years.

According to industry analysts, there will be some increase in the cost of related LED companies that have exported to EU business, and some small and medium-sized enterprises may be caught in operating difficulties. In recent years, the decline in the price of LED products and the rapid increase in sales volume has led to an increase in the number of companies influencing the LED industry. However, the increasingly fierce competitive environment and higher energy efficiency requirements in the market will lead to further survival of the fittest.

BDO Runda, Sanan Optoelectronics, National Star Optoelectronics, Snow Wright, Qinshang Optoelectronics and other related listed companies all stated that the survival of the fittest is in fact the only way for the development of the industry. The industry will become more standardized and resources will be stronger. As companies move closer, this process will increase with industry concentration.

After experiencing the rapid growth brought about by stock preparation at the beginning of the year, the LED industry entered a phased rest period in July and August. However, LED companies in the public sector said that they will usher in the stocking season for foreign Christmas consumption starting in September, and that many commercial lighting and street lamp renovation projects will be concentrated in the second half of the year, which is expected to bring about a further increase in demand growth.

BDO Executive Director Deng Fei pointed out: "(The EU introduced a new standard), of course, has the intention to protect the EU's own LED industry." Guangdong Province, Deputy Secretary-General of the semiconductor light source industry association Zhao Fei believes that for LED exports, the threshold will be Become higher, market competition will become more standard and orderly. Specifically, the impact on large LED companies will not be great, because their own technical standards are relatively high; and for some small plants, especially for small plants that sacrifice quality for price advantage, their exports will be affected.

SMEs in the LED industry are mixed. The implementation of new European standards will objectively increase the costs of companies with related export business, causing some pressure, but from another perspective, it will also make the industry more standardized. Some analysts pointed out that to achieve the new EU energy efficiency standards, the company's related export business production costs need to increase 20% -30%. LED lighting is still in its early stages of development. The implementation of such specifications may lead to the gradual withdrawal of companies without technology, products and market advantages.

Deng Fei introduced that in terms of BDO Runda, the company started the operation of LED international brands last year and launched high-quality LED light sources and lighting products for German "AEG" and American "whirlpool" brands to developed countries in Europe and America. The technical indicators are basically the same as those of Philips and OSRAM products in the local market. Therefore, the implementation of the new EU standards has little impact on BDO Runda.

Duan Zhu, assistant chairman of the outdoor lighting leader QinShang Optoelectronics, also stated that the increase in this standard has no effect on the company. However, for some SMEs that export to Europe may have a greater impact. At the same time, raising standards in Europe will raise the standard of the entire LED industry in the world, which is good for large companies.

Industry veterans believe that from the perspective of the industrial life cycle, LED is faced with the cyclical process of falling prices, with supply and demand reaching a certain critical point, it will reach equilibrium, and maintain a certain level of gross margin, brewing the next sales increase. Many companies here will gradually withdraw from the market due to their lack of competitiveness in terms of technology, scale, brand, and market, and the market will gradually concentrate on large companies and leading companies with special competitiveness.

â€œIndustry adjustment has been confirmed by the intensity of LED investment. After experiencing investment boom in previous years, LED investment has gradually become more rational.â€ Wu Mingming, Minister of Industry Research, National Semiconductor Lighting Engineering and Industry Alliance (CSA) The media said. At the same time, he believes that LED standards, testing, certification and other issues are imminent, the market urgently requires regulation.

â€œIn the first half of this year, the overall situation of LED was good. Guangdong, Shanxi and other places have been fully advancing the transformation of LED lighting projects. The commercial and civil markets have started rapidly. The overseas market has grown further. It is the main reason for listing companies to rejoice.â€ said Zhao Fei, â€œIn the first half of the year The overall growth rate is about 25%, and the gross profit margin is almost 25%, which is obviously better than other industries."

Relevant data show that the LED industry continues to grow in size, with an annual production value of RMB 192.0 billion in 2012, which represents an increase of 23% over 2011. In the first half of 2013, the overall warming trend of the industry was significant, with the overall output value increasing by 25% year-on-year, and LED device output increasing year-on-year. 45.7%.

The rapid growth of the entire industry is a concrete manifestation of the industry's development to the current life cycle. At the same time, along with the decline in prices, the level of gross margins of products is also declining. The standards, testing, and certifications conducted abroad and domestically will also bring certain impact to the industry. Just as this new standard will soon be implemented by the European Union, â€œit will definitely affect the relevant export companies, but it is mainly SMEs, and in the long run, it will be beneficial to large enterprises with strong strength, and the increase in industry concentration is also a general trend.â€ Optoelectronics deputy general manager Dang Jianzhong said.

Duan Zhu also believes that at present, LED companies are in the plastic brand, fight channels, cost pressures, adequate funding is to ensure that LED companies can continue to invest in the competition of the top priority. He pointed out that in the process of increasing concentration, different companies face different predicaments. â€œActually, very small companies are better. They would have spent relatively little and could maintain their orders. For medium-scale sales, they are in the tens of millions. For a hundred million companies, their days will be more uncomfortable."

The explosive growth of the LED industry is accompanied by the adjustment of product prices. Domestic LED companies are adopting their own unique strategies in this environment.

The rapid growth of the current LED industry has become a consensus of the market. The relevant professional organizations expect that the market penetration rate of LED lighting products will be low, only 3% in 2012, and the LED lighting market penetration will accelerate or exceed 30% in 2015. Many business owners also stated that the market is expected to usher in 40% to 50% of explosive growth from 2014 to 2015.

In the context of falling prices or rising prices, how to seize the market is an issue that companies must consider. The China Securities Journal reporter investigated and researched related listed companies and found that various companies can be said to have significant marketing strategies.

â€œEvery industry has an industrial evolution process, master the market, it will grasp the future.â€ Xue Lai Te Dong Shu Shu Zhong pointed out that in the product pricing strategy, Snow Wright can not only enter the market and achieve stable growth, but also make the competition Companies use similar methods to generate pressure on market sales. â€œThis year the company will hold 32 national investment promotion conferences in total, and it will now progress to the 15th.â€ Yu Shuzhong introduced that the company has a strong dealer base in the field of lighting, and this year it promotes healthy LED lighting effect is significant, LED product sales in the first half of this year It has grown more than four times and will continue to grow rapidly. He disclosed that Snowlight and the dealer formed a positive interaction, the company's product production scale will increase the upstream chip procurement costs have decreased, while the sales price remained stable, more profits can be used for more advertising, brand promotion, distribution Businesses benefited significantly from this process.

BDO Runda, under the conditions of its technological and scale advantages, has adopted a business strategy of integrating traditional lighting companies and building "NVC" LED lighting brands and channels. "The company's 'NVC NVC' LED lighting products have entered the sales network of NVC dealers throughout the country, the company's chips have also been large-scale supply of the market." Deng Fei said.

A person close to NVC Lighting revealed that NVC's own LED transformation is also very large, all departments have invested in this work, and promote EMC projects. Wu Changjiang recently told the media that at present, the proportion of LED lighting equipment in NVC has exceeded 30%, and is expected to exceed 50% next year. Moreover, the joint strategy with BDO Runda has shown results. BDO Runda supplies chips to NVC Lighting, and also uses NVC lighting channels to sell LED products. NVC Lighting has been integrated into BDO Runda's shareholder level and industry chain. Strategic support. According to statistics, NVC achieved rapid growth in net profit of more than 50% in the first half of the year.

Industry expects peak season effect
According to industry insiders, after the phased consolidation of the industry in July and August, September is expected to usher in the stocking tide of the foreign Christmas season, and the growth rate of the LED industry is expected to increase again.

"In addition to the Christmas effect, a lot of street lighting projects, commercial lighting such as manufacturer transformation, and home decoration lighting for civil use are also in the second half of the year." BDO Runda introduced Deng Fei.

Yan Fuchun, general manager of Nanjing Maijiang Automation System Co., Ltd. introduced that at present, the domestic LED market is mainly for projects, including municipal facilities and commercial lighting, etc. Moreover, engineering needs increasingly value value-added services provided by suppliers, such as system integration and branding. The influence, etc., is a good thing for large companies. Although the current industry standards are still not perfect and the industry as a whole is still chaotic, the future development trend is certainly good.

Yan Fuchun said that in the first half of the year, the sales of LED products of the company have increased by about one time, and that in the second half of the year is the peak season of the industry, which is estimated to be even better. At the same time, the company has less inventory. On the one hand, the company currently mainly sells its products mainly through engineering channels. This model has less stock. On the other hand, LED technology changes rapidly, new products are introduced, and stocking is less.

"The industry climate index in the third and fourth quarters will continue to increase." Zhao Fei analysis, LED channel construction methods and traditional lighting channel model is not much difference, many LED companies have begun to enter the channel, the traditional lighting companies also switch to LED, the market cultivation Good long-term. LED technology changes rapidly. Compared with traditional lighting, distributors generally have less stock, and there is no obvious pressure on inventory pressure.