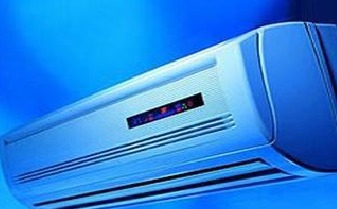 Under the multiple effects of a year-on-year growth in the air-conditioning market in 2012, new policies this year and the effects of the weather, the air-conditioning market finally greeted the recovery in the first half of 2013. A few days ago, Yangcheng Evening News reporters obtained data from Zhong Yikang, showing that the sales of air conditioner market surged by 30% in the first half of the year, but it was difficult for small and medium-sized brands to give birth.

Analysts inside the industry said that with the implementation of new air-conditioning energy efficiency standards, the air conditioning industry oligopolies or intensified.

â€œFrom the weather, it can be said that this year is the best year for the air-conditioning market in the past decade.â€ A few days ago, at the Guangzhou 2014 regional air conditioner new product launch conference in Guangzhou, Yang Jun, general manager of Guangzhou Midea Refrigeration Sales Co., Ltd. stated that. In the market data, China Yikang data showed that the domestic air-conditioning retail sales in January-June was about 80.3 billion yuan, an increase of 32.6% year-on-year, far higher than the 19.6% year-on-year increase in the home appliance industry.

According to Yang Jun, air-conditioner sales in Guangzhou in June this year increased by a factor of two, and by August it still maintained a minimum growth rate of 70%. Not only in the Guangzhou area, but because of the unusually high temperatures in the country this year, air-conditioner sales in East China and other regions have experienced an explosive growth, and some air-conditioning companies have even sold out-of-stock items. The warming of the market has also led to a rapid decline in the inventory of air-conditioning companies. Yang Jun said that the current inventory in Guangzhou is only 1/5 of last year.

Increased oligopolies in the industry

Although the industry as a whole is improving this year, not all air-conditioning companies can get a share. Under the general trend of the overall adjustment of the United States last year, Haier and other second-tier brands have eaten part of the market share of the United States. However, after this year's US renewed its offensive against its competitors with a strong product strategy, it quickly regained lost ground. According to industry sources who declined to be named, air-conditioning brands such as Panasonic declined by more than 40%, while sales of second-tier brands such as Oaks and Galanz declined in the first half of the year. In this regard, Yang Jun believes that both the market and the channel are gathering at leading brands.

Product categories of E-bike Battery, we are specialized in manufacturers from China, Electric Bike Battery Supplier suppliers/factory, wholesale high-quality products of  manufacturing, we have the perfect after-sales service and technical support. Look forward to your cooperation!