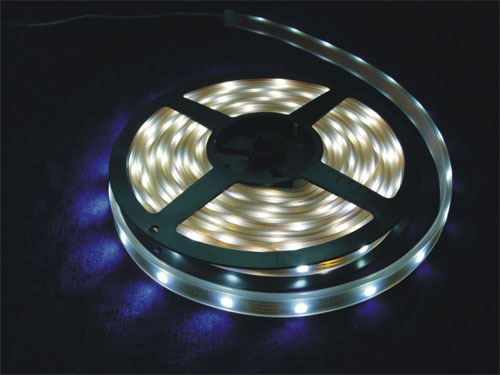 In 2013, the LED industry ushered in a thriving scene. Although the industry has achieved rapid growth, the industrial structure remains worrying, and a series of problems such as the dilution of profits, low-price competition, homogenization of products, etc., remain before the LED people. As soon as the market erupts, how will the bottleneck of the industry be broken, how will the development of the industry break through, and how should the lighting companies fight the rivers and lakes?

In the first year of 2013, the Chinese government frequently introduced macro-control policies for energy conservation and environmental protection, and the LED industry took a ride and was eye-catching. In addition, after the terminal market experienced a period of induction period, the commercial lighting and civil lighting markets also received much attention. With the dual stimulation of policy support and market demand, LED companies have ushered in a new round of expansion.

Commercial lighting giant Foshan Lighting took the lead in firing the first shot of LED expansion. Since last year's launch of the LED production line, Fozhao's production capacity has grown by about 10 times, and it plans to open 2,000 brand stores in the country for direct sales of LED lighting products. On May 30, the signing ceremony was held for the Shenzhen Haowei Lighting LED Application Project with a total investment of over one billion yuan. The project is jointly established by Hao Wei and Sanan Optoelectronics and covers an area of â€‹â€‹300 mu. It is mainly engaged in the research and development, manufacturing and sales of LED applications.

Ruifeng Optoelectronics announced on the evening of July 5 that the company plans to invest 183 million yuan of its own funds for the SMDLED expansion project, thereby further enhancing the company's overall strength in the LED packaging industry, consolidating and highlighting the company's large-size LCD backlight LED, LED lighting market leader.

Although there are still hidden concerns about overcapacity in the upstream of LED, the trend of falling prices of chips in the first half of 2013 has regained confidence in the upper reaches of the LED industry. Major manufacturers have also accelerated the pace of expansion. Including Sanan, Huacan, and BDO Runda all reported in 2013 that there was an expansion of the MOCVD machine platform.

Cheap competition from the wind

In the face of the upcoming market outbreak, LED manufacturers continue to expand, and do everything possible to seize the LED lighting market share at the same time, the price war will also intensify. With the gradual opening of the war situation in the third quarter, some companies have taken the lead in announcing that they will adjust the price of their lighting products across the board, and the maximum reduction will even reach 40%, which will cause severe fluctuations in the price of LED lighting and cause the industry to fall into low-price competition.

NTU issued an interim performance forecast in the evening of July 3. The company expects to achieve a net profit attributable to shareholders of listed companies of 30 million to 38 million yuan in the first half of 2013, a year-on-year decrease of 30.57% to 45.18%. The announcement stated that although the LED lighting industry has gradually â€œrecoveredâ€ this year and the product sales volume has increased in the second quarter from the previous quarter, due to fierce price competition, the sales price of the company's main MO source products has decreased compared to the same period last year, causing a year-on-year decline in performance.

Wang Lianghai, vice president of Tsinghua Tongfang, revealed that the cost of LED chips in mainland China this year has dropped by 50% from the same period of last year. Industry research experts said that in all kinds of lighting cities in China, the penetration rate of LED lighting has reached 90% this year, but LED sales accounted for only 9.6%. This year's LED price is one-third of 2011, 3-watt LED bulbs, brand products 30 to 40 yuan, the low-end just 10 to 12 yuan. "The current market competition mainly depends on prices."

LED lighting market price competition can be described as a boom, the same low-cost promotion means of the global LED lighting market, there is no shortage of a large number of international giants of lighting. In February of this year, the United States Cree launched a LED bulb below $ 10, which not only confirmed that Cree officially entered the field of low-power LED light sources, its low price poses no small threat to competitors, sparking LED lighting industry Countless miles. After Samsung and Cree respectively released LED bulbs priced below $15 and $10, OSRAM also announced that it has launched products under 10 euros in order to gain more market share worldwide.

Although the price decline has contributed to the popularity of the LED lighting market to some extent. However, some people in the industry are concerned that once low-price competition evolves into vicious competition, it will disrupt the development order of the entire industry, and at the same time reduce the quality of products, it will eventually cause the industry to fall into a vicious circle of large-scale losses.

Heavy prices need to be heavy

Looking at the moment, the old and new manufacturers are fighting together, and the offensive and defensive are fierce. LED lighting has ushered in the Warring States period. How to successfully break through in the turmoil of the chaotic lords has to rely on technological innovation and quality assurance in the final analysis. At present, China's LED industry is in a period of rapid development. Sustained price hikes and the opening of channels continue to stimulate demand in the terminal market. At the same time, it also puts higher demands on the brand and quality of the product.

It is not wise to "grab the market at a low price." All along, the LED lighting market has been accused of disorderly competition. The industry is deeply immersed in the price war. The frequent quality crisis has exposed a series of shortcomings such as the production technology capability and product quality of domestic LED companies. At present, China's LED industry is in the period of popularization and application, but the quality of the products will not seriously affect the popularization of LED lighting. At the same time, LED lighting manufacturers should pay more attention to the quality of products in the case of a good export situation of LED lighting. At this stage, foreign countries have also begun to introduce technical trade measures specifically targeting LED lighting. If the quality of the short board cannot be resolved, it will be Most Chinese LED companies, mainly export markets, have had a number of adverse effects.

The exchange of low prices for the market should be the means of market competition, not the ultimate goal. LED companies must not only improve their production technology, increase production efficiency to reduce costs and gain profits, but also increase technological content, increase product value, and shift product competition from the price battlefield in order to achieve more comprehensive and longer-term development. The fierce competition occupies an advantageous position; the company's core strategy must be to return to shaping the brand value, firmly grasp the bottom line of quality, in the long-term competition, seek management and quality improvement, and let the products in the domestic and international markets Take a place on it.

Faced with the overcapacity and low-price competition in the LED industry, industry insiders pointed out that the focus of people's attention is not limited to the lighting function. The value-added competition in the LED lighting industry has already begun. The future direction of the LED industry will inevitably Locking out new and high-quality LED lighting fixtures, taking the differentiated competitive development path, and nuggets market segmentation, can successfully break through the Red Sea industry.

LED as a new generation of light sources, its plasticity on the light source also provides a differentiated development path for many LED manufacturers. For example, in intelligent lighting, LEDs overcome the shortcomings of traditional lighting, providing greater controllable space for urban roads and home lighting, and providing more maneuverability in lighting management and terminal control. International lighting giant Philips believes that this year is the first year of smart lighting, and with GE lighting, Osram, Panasonic, Toshiba and other international lighting companies formed a network lighting alliance (CLA), actively seize the LED smart lighting market, and will develop with wireless transmission Smart lighting.

In addition, the plant lighting market has become a nugget place for many LED lighting manufacturers in recent years. Everlight Electronics Co., Ltd. signed strategic cooperation agreements with dozens of internationally renowned companies such as Philips Lighting of the Netherlands, Mitsubishi Chemical of Japan, Matsushita Electric (China), Electric Appliance of Yangzi, and Oulin Group two years ago. The letter of intent was signed for technical innovations and market development in the fields of LED plant lamp lighting source, industrial control, air-conditioning environmental control, and nutrient solution preparation, with a view to developing some potential LED special lighting products in this field.

At present, China's LED lighting market has been caught in the "homogeneous" competition stage. As technology becomes more mature and profits are increasingly diluted, there are still many business opportunities that need to be tapped in the market segments. By enhancing the added value of products and establishing a brand image, the Nuggets differentiated markets can not only help companies get rid of low-price competition, but also win more room for development.

At present, the outbreak of LED lighting applications has ushered in an unprecedented revolution in the lighting industry. As the global LED lighting battlefield, the competition in the Chinese market is bound to become increasingly fierce. Faced with the huge market opportunities in advance, LED lighting companies should timely seize strategic opportunities, make up for shortcomings, build core corporate competitiveness, get rid of the Red Sea competition, and seize the right to compete in the international LED market.

There are plenty of benefits for using usb type c cable For starters, the port is reversible! But that is only the tip of the cable. And like ice bergs, there is much more than meets the eye in type c cables. They allow for faster transfers, charging, 4K monitor output and more.

Needless to say we will have to start populating our living spaces with USB 3.1 Type C and accessories.It measures in at 1.8 meters of length and can handle USB 2.0 charging, as well as up to 60W of fast charging power. Not bad at all.