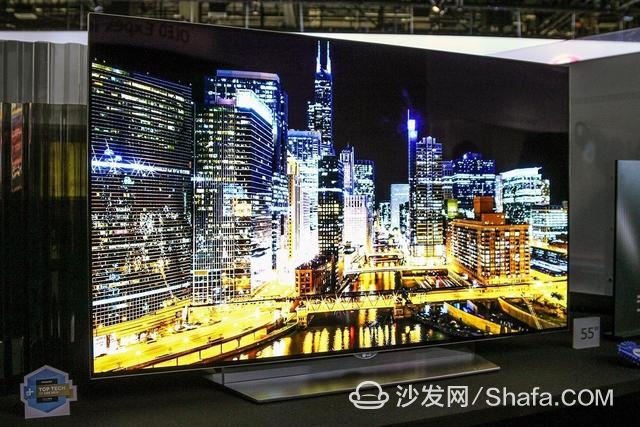 HDR (High Dynamic Rendering) technology is the most mentioned term in this year's flat-panel TV market. This technology has recently been introduced in new products introduced by major TV manufacturers. HDR is mainly to improve people's visual experience by improving the brightness range of the picture, and to increase the brightness range and contrast of the video image to achieve the purpose of improving the picture quality, and also requires the support of a related video player and a specific slice source. In simple terms, it is to make the high-brightness part of the image not exposed, and the dark details are not exposed, so that the details of the image can clearly show the details. As always, consumers must spend money on new television products to be able to enjoy the latest technology.

First of all, take a look at the details of this upgrade: In fact, the company had an early cooperation with MTK R & D cooperation, its multiple models of television can be decoded after the software upgrade 4K + HDR film source. According to the brand's official introduction, TVs upgraded to HDR status have a marked improvement in quality. They will have a higher brightness display, a more pure black appearance, and a stronger color gradation. By incorporating 4K resolution, high dynamic range (HDR) video playback and decoding capabilities into the TV, consumers can experience a more stunning picture quality experience than the current average TV.

Well, here it is. Let's first look at the conditions necessary to achieve the HDR effect: 1. The TV IC chip can decode the HDR source; 2. The contrast of the TV should be high enough and the maximum brightness should be high enough. (At present, the new HDR-supporting TV is the largest The brightness is usually above 1000 nits, the maximum brightness of ordinary TV is usually around 500 nits); 3, the HDR source is supported.

Relatively speaking, the first condition can be completely achieved through software or firmware upgrade, so that the relevant decoder chip can increase this function; and the third condition is basically not related to TV manufacturers, as long as the user provides video clips. The source supports HDR technology; so the most critical is the second condition: how to make the TV have a higher maximum brightness and contrast. This is hardware-level support, not software.

Let's first take a look at the usual practices of major manufacturers this year: new products such as Samsung, LG, Sony, Sharp, etc. have all raised the maximum brightness value of TV, which is basically 2 to 5 times that of previous models. Through the dynamic backlight control technology (the technical name of each manufacturer is different, but the principle is basically the same) intelligently identify the current image, so that the bright areas of the screen more transparent and bright, while allowing the darker part of the screen, which improves the contrast, perfect Meet the requirements of HDR technology. If the TV is upgraded through software, although it has achieved the first condition for realizing the HDR effect, in the second condition, it can also increase the certain picture contrast through the upgraded IC chip (intelligently reducing the brightness of the dark part of the screen). ) But there is nothing to do at the most critical maximum brightness. After all, this is only related to hardware. Therefore, in this way, the software upgrade can only meet a part of the second requirement and cannot achieve the full effect.

From this we can see that the upgrade of the old model TV can indeed achieve a certain HDR effect, but if compared with the newly launched HDR TV, it will have a discount in the maximum brightness, that is, the display effect is not as good as the new product. . As a matter of fact, as long as we observe carefully, there are already a lot of vendors that have made their products support HDR effects through soft upgrades. In September last year, Sony launched an upgrade plan to allow certain models of TVs to support HDR technology by optimizing the logarithmic curve (a type of software upgrade).

However, Sony admitted at the time that even if HDR TVs were to be upgraded through software, they could only make them as close as possible to native HDR TVs on the drawing paper. There were some differences between the two, but they were still worse than the previous ordinary TVs. To be better. So we can think of software upgrade as an enhanced version of ordinary TV, but if you want to enjoy a better HDR picture, you still have to spend money to buy a "decent" HDR TV!