Skip to content
January 19, 2021
Recently, Tsinghua Tongfang and Shanghai Eastern Cable jointly announced that they will introduce the new cloud-subsidiary game platform of Tongfang into Shanghai Dongfang Cable HD Smart Set-top Box, and the two parties will bring together the next-generation game masterpiece for Shanghai's 6.3 million cable TV users. On October 12th, the project will be officially launched, and will enable all cloud-level games for all Oriental Cable HD set-top box users to open a limited free-packaged testing campaign. At that time, all users of favorite games can participate and experience the same extreme of the same-party cloud sub-genuine games. The experience and the results of the two companies' joint efforts in enriching home entertainment content. 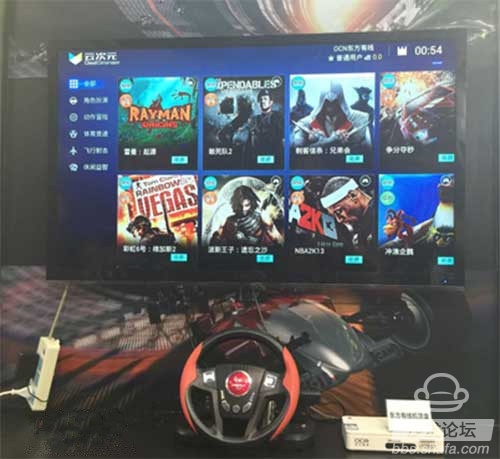 As the largest city cable network operator in Shanghai, Oriental Cable has as many as 6.3 million cable TV subscribers, accounting for about 90% of Shanghai's cable TV subscribers. In terms of basic network construction, it took five years for Eastern Cable to basically build a next-generation broadcast and television network covering Shanghai, effectively improving network carrying capacity and transmission quality, and making important contributions to the improvement of the average bandwidth of home users in Shanghai. To provide basic protection for the introduction of more content and services into the home. Last year, a true HD set-top box with TVOS system and wireless function was introduced to bring users multi-screen interaction, video push, KTV, video call, smart security, smart medical and other multi-video audio-visual-related intelligence. Service Content.

For the joining of the same-party cloud dimension game platform, the project leader of the Shanghai Oriental Cable Planning and Development Department said: â€œWith the cooperation with Tongfang, on the one hand, the same-party cloud sub-game platform can be perfectly run on our TV set of high-definition smart set-top boxes. Provide citizens with more and higher quality TV games to enrich the family's home entertainment; on the other hand, we value the complete smart home service system of the same party cloud game platform, whether it is platform technology, game content, or customer service. , Tongfang has a brand guarantee that can bring high-quality experience to users, which is also a very important factor that contributes to our cooperation.â€

And Tongfang, which has a history of nearly 20 years of development, has very rich industrial and technological accumulations in the fields of Internet of Things, digital cities, and digital television. Focusing on the home Internet age, it not only created an â€œIntelligent Home Open and Collaborative Platformâ€ for entertainment, games, finance, education, health, life, and smart home, but also supported cluster-based cloud computing in May this year. Internationally renowned game companies have launched the cloud sub-game platform in a heavy way to create a low-cost, all-terminal, all-network, multi-screen, epoch-making game world for the majority of home users. Users do not need to download, do not need to be equipped with high, open the TV can freely play cloud sub-game platform hundreds of classic next-generation game masterpiece.

For this cooperation with Orient Cable, Tongfang Smart Home Business Group Highland stated: "Shanghai, a fashion capital, has gathered many game enthusiasts, and has cooperated with Eastern Wireline, which has been operating in Shanghai for many years and has a wealth of local network equipment resources and a large user base. We not only have complementary advantages in resources, but we can also allow local game players in Shanghai to experience the unprecedented home entertainment space created by our cloud-dimensional game platform, and more importantly, the idea of â€‹â€‹Oriental Cable in the layout of home Internet. Consistent with ours, we are committed to better serve our home users. This allows us to work together to open channels and service systems that ultimately benefit users.â€

With the rapid development of the Internet, cross-border integration has become a consensus. The rise of the concept of "home Internet" in the past two years has helped boost this trend. Network operators, content providers and terminal equipment manufacturers are all seeking development cooperation with their respective advantages. The joint efforts of Tongfang and Dongfang Cable are precisely in the new historical conditions of the home Internet. Cable operators and the Internet high-tech enterprise â€œDVB+OTTâ€ have achieved cross-industry cooperation and multi-industry integration to achieve a win-win situation.

It is understood that the same-party cloud sub-game platform can be fully implemented in the mainstream smart set-top boxes, smart phones, smart TVs, PCs on the perfect run, but also to achieve remote control, handles, joysticks and other game peripherals minimalist adaptation Controlling, the entire family can use the zero threshold, it can be seen that in the current era of smart home open cooperation industry integration, under the concept of win-win, the cooperation between the same-party cloud game platform and Dongfang Cable is just a beginning, and more. The classic cooperation demonstration continues.

October 12th will also bring surprises to Shanghai game players and let us count down!