Through the application of modern design methods such as finite element analysis, modal analysis and simulation design, the optimal design of the robot operating mechanism is realized. Explore new high-strength lightweight materials to further increase load/weight ratio. For example, the robot company represented by KUKA of Germany has changed the parallel parallelogram structure of the robot into an open-chain structure, which expands the working range of the robot and the application of lightweight aluminum alloy material, which greatly improves the performance of the robot. In addition, the advanced RV reducer and AC servo motor make the robot operation machine almost a maintenance-free system. The organization is moving towards modularity and reconfigurability. For example, the servo motor, reducer and detection system in the joint module are integrated in three places; the joint module and the connecting rod module are used to construct the robot whole machine in a reorganized manner; and the modular assembly robot products in foreign countries have been asked. The structure of the robot is more dexterous, and the control system is getting smaller and smaller, and the two are developing in the direction of integration. Using parallel mechanism and using robot technology to achieve high-precision measurement and processing, this is the extension of robot technology to CNC technology, laying the foundation for the future integration of robot and CNC technology.

Open, modular control system. Development towards PC-based open controllers for standardization and networking; improved device integration, compact control cabinets and modular construction; greatly improved system reliability, ease of operation and maintainability . The performance of the control system has been further improved, and the 6-axis robots that have been controlled by the past have evolved to now control 21 or even 27 axes, and implement software servo and full digital control. The human-machine interface is more friendly, and the language and graphical programming interface is being developed. The standardization and networking of robot controllers, as well as PC-based network controllers, have become a research hotspot. In addition to further improving the operability of online programming, the practical application of off-line programming will become the focus of research, and offline programming in some areas has been put into practical use.

The role of sensors in robots is becoming more and more important. In addition to the traditional sensors for position, speed and acceleration, the assembly and welding robots also use laser sensors, vision sensors and force sensors, and realize automatic tracking of welds and automated production of objects on the line. Automatic positioning and precision assembly work greatly improve the robot's performance and adaptability to the environment. The remote control robot uses multi-sensor fusion technology such as vision, sound, force and touch to carry out environmental modeling and decision control. In order to further improve the intelligence and adaptability of the robot, the use of multiple sensors is the key to solving the problem. The research focus lies in the effective and feasible multi-sensor fusion algorithm, especially the multi-sensor fusion algorithm in the case of nonlinear and non-stationary, non-normal distribution. Another problem is the practical use of sensing systems.

Supply all model Iphone Battery, it is 2750 mAh IPhone 6S Plus Battery. The battery cell is pure cobalt materials, so the cycle time is more longer than common one. Each battery was checked 3 times at least before shipment, our defective is about 0.01%. The size and capacity same as original. The circuit board have over voltage, over current, over charge and discharge, short circuit and temperature protection. It is your good choice for iPhone Battery Replacement. 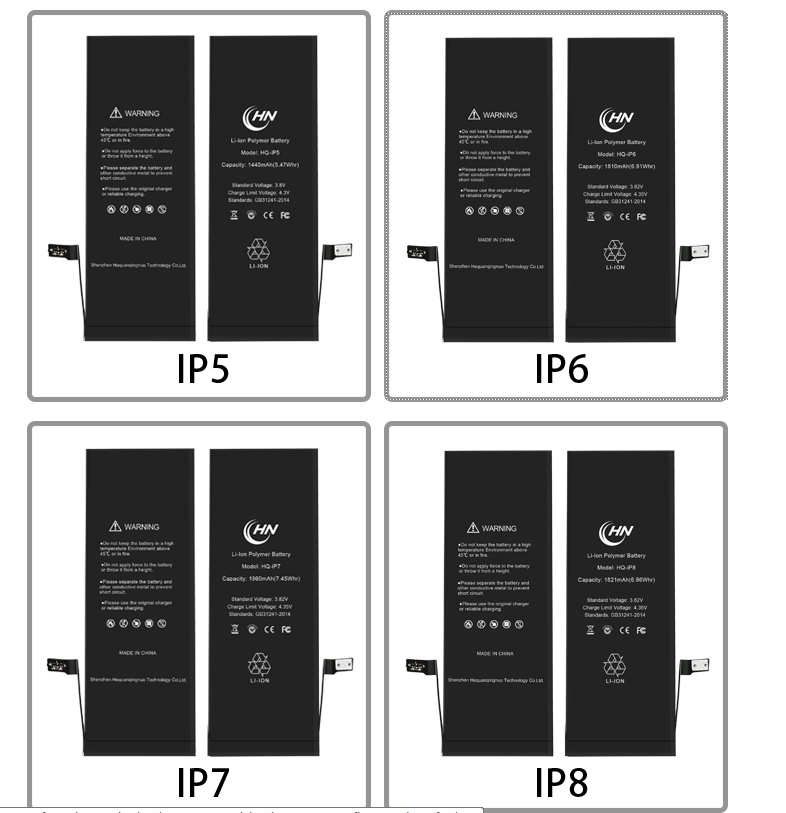